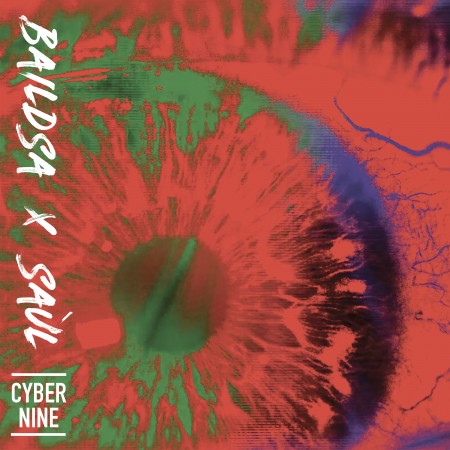 Cyber Nine is a musical collaboration between the Greek band, BAiLDSA (a band with an explosive mixture of post punk and indie rock tunes blended with roots elements from the Eastern Mediterranean and dub, reggae segments) and Saùl (the first solo project of the London-based musician Pav Mav, member of Electric Litany, Balothizer, Turbans and many more).

Cyber Nine is the fruit of long studio sessions between BAiLDSA, Saùl and producer George Botis, during the second lockdown. It’s an upbeat and extrovert composition, on an unusual time signature, that could be categorised as belonging to the big family of prog rock.

The track is the first single of a series of singles by Saùl, and serves as an introduction to his versatile sound - a musical mix of Balkan and Eastern influences, built around a rock and synth wave instrumentation.

Cyber Nine was recorded at the legendary Magnanimous Studios, Thessaloniki, by Asteris Partalios. Additional recordings took place in Sierra Studios, Athens and at Mavi Studios, Izmir and it was finally mixed and mastered by George Botis in Okinawa Studios, London.

Thank you for your support!