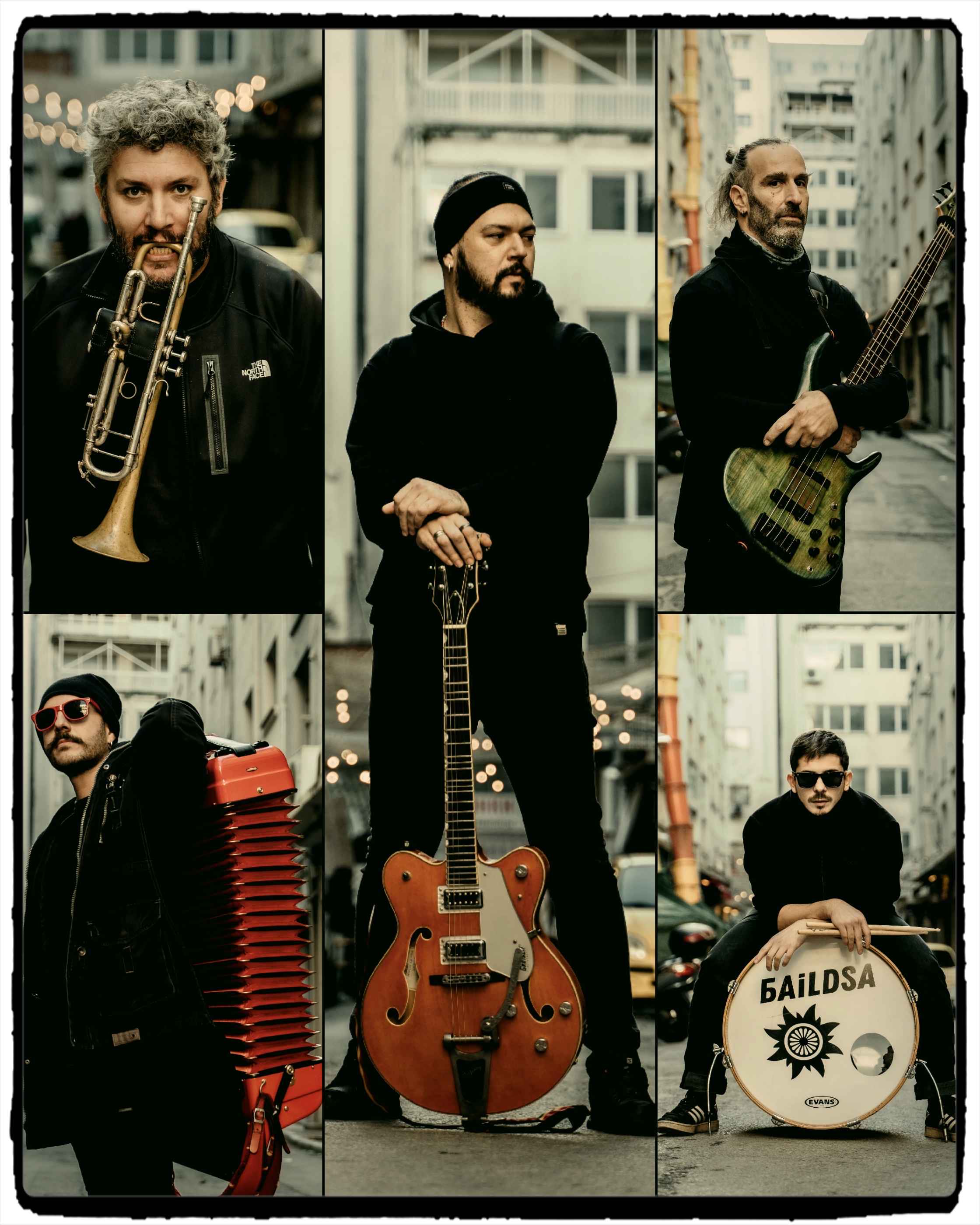 Being alternative is much more than a music genre label. BAiLDSA’s alternate view on music making and songwriting creates an explosive mixture of post punk and indie rock tunes blended with roots elements from the Eastern Mediterranean and dub, reggae segments. This musical fusion together with their intense and deeply political point of view results in what BAiLDSA represent as a band.

Formed and based in Thessaloniki, Greece, BAiLDSA offer their signature high energy punk rock both in studio recorded albums and explosive live shows. From heavy distorted guitar riffs and steady drum and bass lines to darker, esoteric feedback soundscapes and from up-tempo ska brass lines to melting trumpet tunes from the balkan tradition, BAiLDSA always manage to stay original and unique in their own ever evolving and diverse universe. However, one thing stands still and is always present in the band’s songwriting: a firm and loud opposition against any form of fascism, racism, sexism and suppression of human rights, an endless fight against all forms of war and division and a deep faith in humanity and open, free societies.

Their debut album “United States of Balkans” (2011) introduced them to the audience around the globe with an up-tempo ska punk and reggae mixture infused with balkan and gypsy melodies. “U.S.B.” was highly acclaimed by the fans and critics and together with extensive touring in Greece and the Balkans created a solid fan base for the band.
Their second album entitled “zVaRna” (2014) took the band to a higher level both in songwriting and soundwise: a much more mature side of the band came forward with a massive alternative punk rock sound… The analog-produced album managed to capture and reproduce the raw energy of the band’s live performance creating their own wall of sound.
On their third studio album “WarZone” (2018) the band takes a huge step ahead, expanding their sonic universe with post punk and stoner elements creating a new soundscape, modern but unique with a fine balance between their roots and their never ending exploration. “WarZone” is a concept album inspired by the dark period of the refugee, economical and political crisis between the years 2014-2018. An anti-war anthem delivering the solidarity message around the world.

For the past ten years BAiLDSA have been touring around Europe and the Balkans presenting their explosive live show to a vast variety of audiences, performing in both major venues, festivals and small clubs gaining new fans in every gig. Their latest tour for the “WarZone” album brings a fresh yet mature performance with the band reaching the highest level offering a unique experience.

In 2020 BAiLDSA got back with a brand new e-single, with heavy beats and massive guitars, blended with the balkan brass taste. The track is called “Lion’s Den”, totally remade by the band, with blessings from the original creator, Kiril Dzaijkovski.

While in quarantine due to Covid-19, the band released the single “I want my bars back” presenting a dance track with electronic music elements under their unique footprint. An ultimate, lonely, dancing sob. An ode to 2020’s last days. A few months later the band presented a quarantined home recorded rework on the The Prodigy’s “Omen” along with an one-by-one member home video.

BAiLDSA kept working on new tracks and projects throughout all this dead period.
“Friends and Family” project will reveal track by track collaborations with special guests.

So uncalm…and enter the warzone!